Favourite inspiration for your game?

Other (roleplaying) games – analyse and try them, if you can.

Surprise, even games I do not like have at least one or two good ideas. For example, the basic dice mechanics of Warhammer Fantasy Roleplay 3rd Edition or the similar Star Wars RPGtrilogy (both Fantasy Flight Games) are really inspirational. In my opinion, you get much more than numbers out of these custom dice.

Books, comics, TV shows, movies, artwork, etc. are my other sources of inspiration. So far,so little new here, but the examination and playtesting of other (roleplaying) games is for me the greatest inspiration. 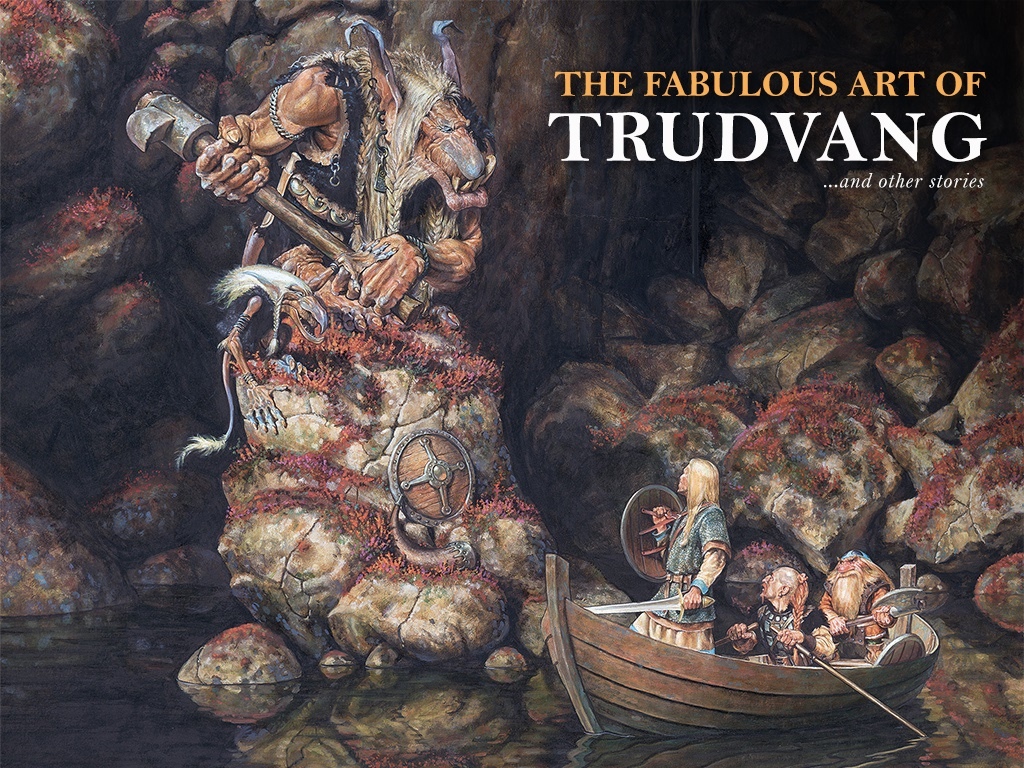 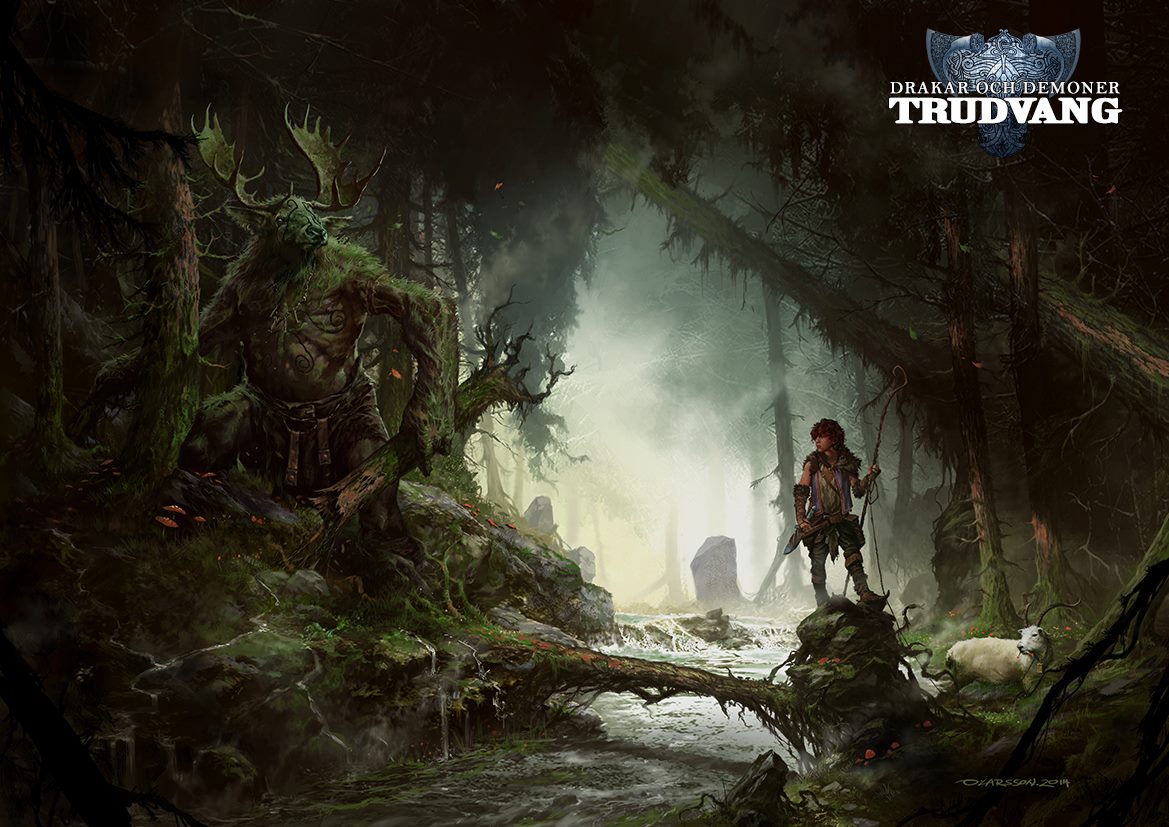 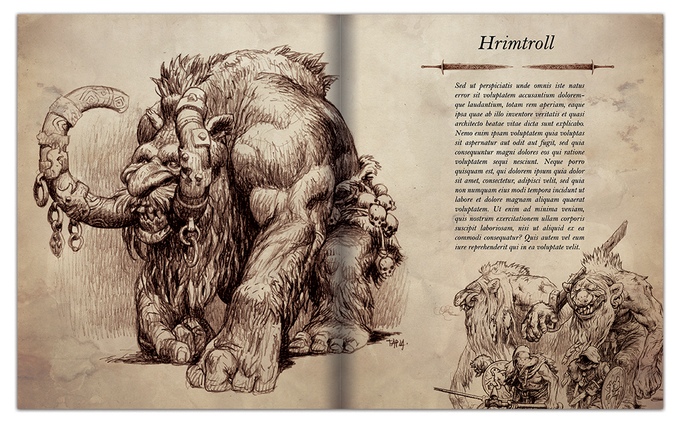 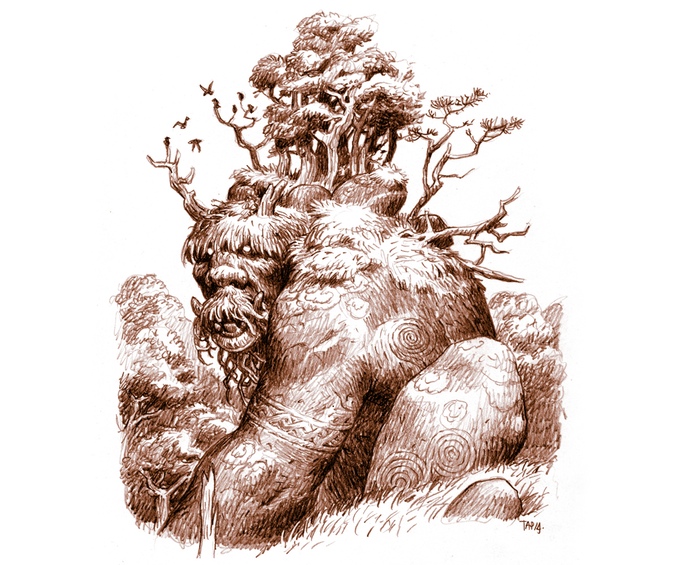 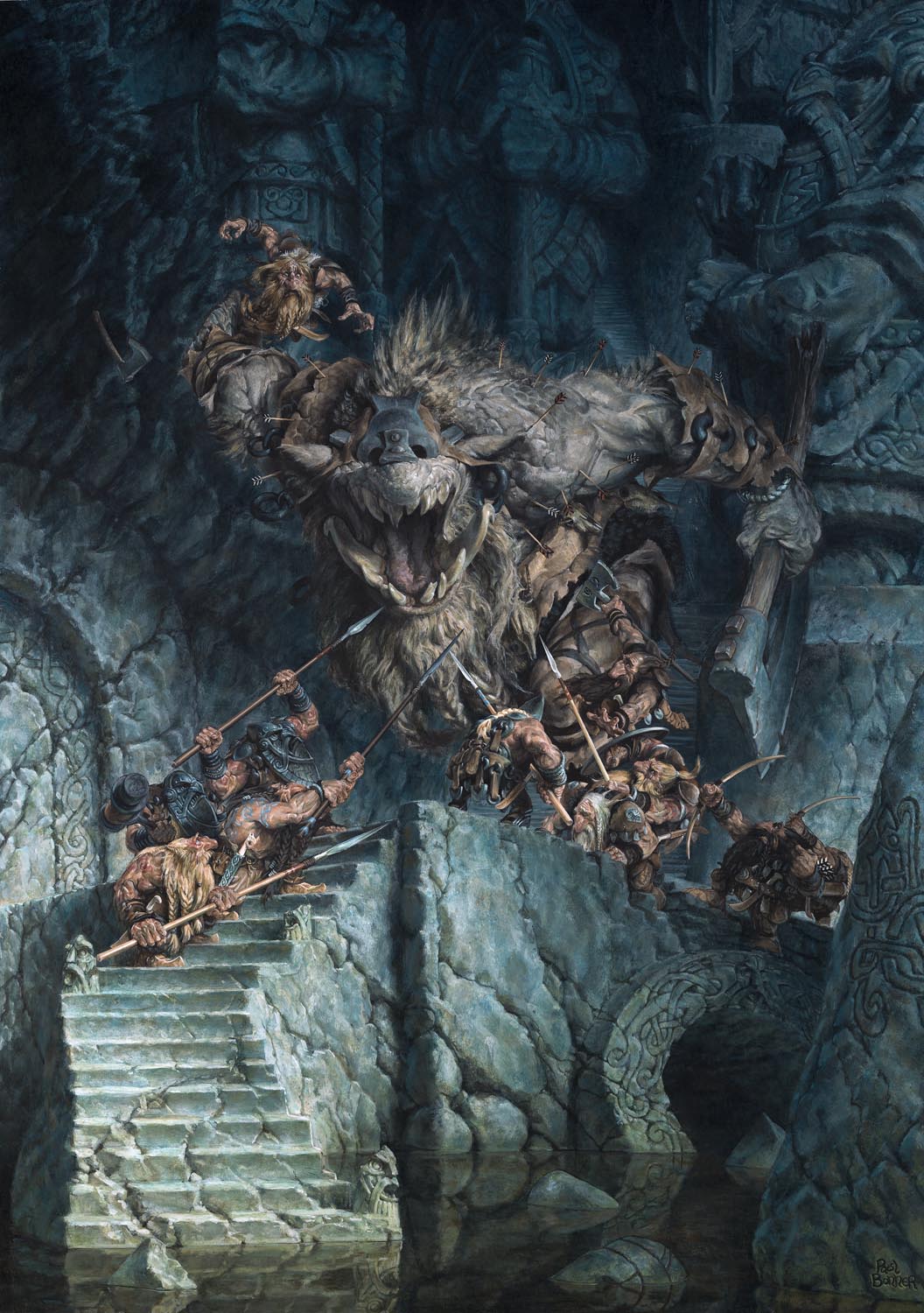 It is your game. If you and your friends are having fun, you are doing it right.

My basic premise: A roleplaying session is like a soccer game. Some decisions might be debatable, but the continuation of the game is more important than most rules disputes. Even the best referees (DMs, GMs) make mistakes, but rules discussions should be avoided during the game. Instead of such turn-offs use common sense, rulings and just continue to play. A brief feedback round after every game is the place for problem solving and ideas. Try to follow any agreements next time.

Perfect game for you?

I don’t think anything is perfect. On the other hand, there are some signs for a remarkable game session.
For me, it is something special if committed players just continue to play even if the gamemaster leaves the room. As a GM, I like that feeling when I come back and they retained their roles. Furthermore, there are these sessions the players still talk about – even after years. Such experiences are close to perfect. 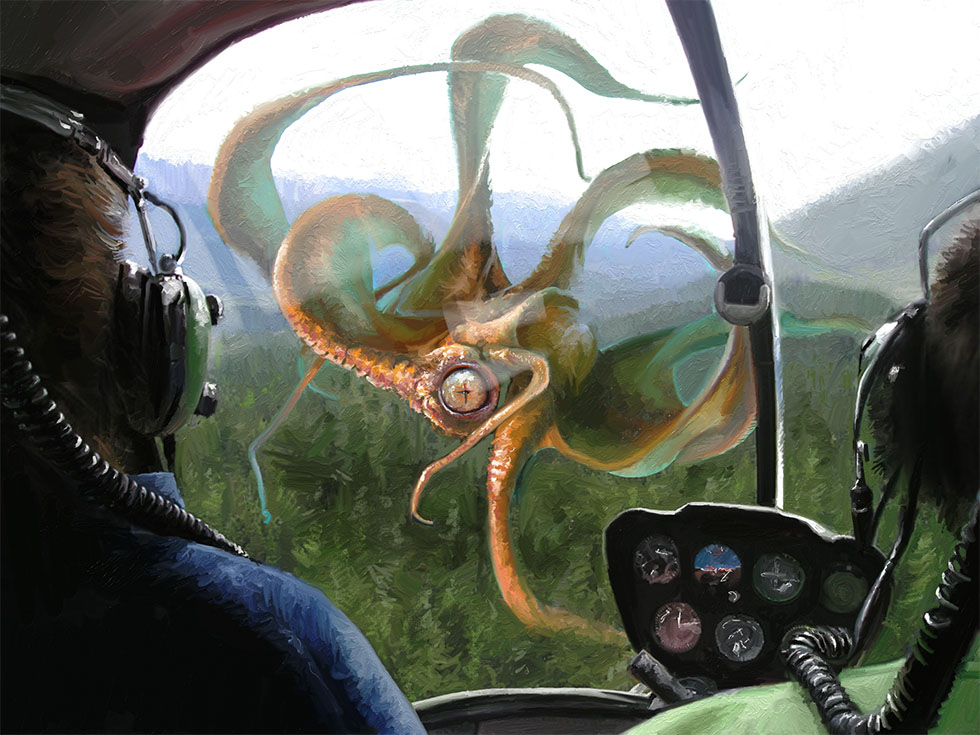 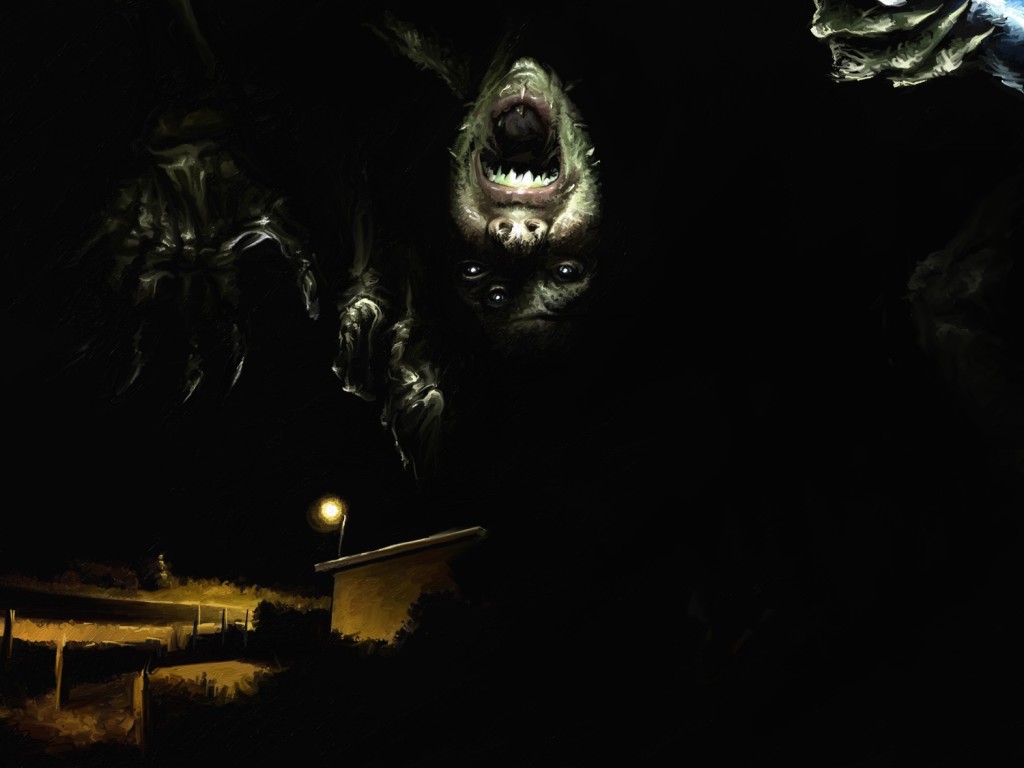 Players matter! A lot of answers to this question revolve around „room setups“ – like chairs, (dinning) tables, illumination, tools (whiteboards, WLAN) or music. No discussion, these things could be very helpful. Game systems also matter – but in the end you can have a great game with a suitable group of players nearly everywhere. Supportive room and technical conditions are fine – supportive players are far more important. In my opinion, it’s that simple.

Please note: My #RPGaDay2015 will take a little bit longer … Thank you for your patience.

Homebrew campaign settings. I almost never play by the book. This applies to game systems and especially to settings. I like to disassemble and recombine „compatible“ background elements. For example, a (non-player) character like Thieves World’s One-Thumb is excellent to pimp up Warhammer’s Old World. Both idea suppliers spiced up our Tunnels & Trolls campaign a lot.

For one of our Vampire: The Masquerade (The Onyx Path) campaigns we included some Pendragon/King Arthur legends. We never uncovered the secrets of Morgan le Fay. This lady kept us busy until she vanished to nowhere. I still think she was an Antediluvian who tricked us. As expected, „The Once and Future King“ was also undiscoverable. My Vampire campaign was influenced by the Abrahamic „Dance Around the Golden Calf“ and Kult’s Metropolis. Yes, we played a lot World of Darkness in the early 90s.

No offence, some player types are just incompatible. I really abhor endless discussions over rules or setting specifics. The flow of the game is much more important to me.
One „positive“ side effect of „my“ approach is that a certain type of gamer (aka munchkins or rules-lawyer players) has to accept that the publishers game material is not the one and only truth – at least at my table. Expect to be surprised or leave …
From time to time, I need to explain my play style instead of the typical rules discussion. Nothing is perfect – sometimes I fail.

I am unable to pick just one traditional roleplaying setting. So, here is my incomplete and unsorted list of esteemed commercial game worlds that come to my mind.

Honourable mentions: Setting-wise: Cthulhutech, The Void (both Wildfire)
I would avoid both game engines.

The Void is reminds me of Alien(s) meets Dead Space meets the Cthulhu mythos. You can get it for „pay what you want“ (/free).

Actually, I think Paranoia (West End Games) could been seen as horror roleplaying game. Happiness is mandatory is in my opinion a very seroius and dark concept.

Aber schön, dass Rollenspiel wieder ein Thema in den Medien ist, denn: There is no such thing as bad publicity.