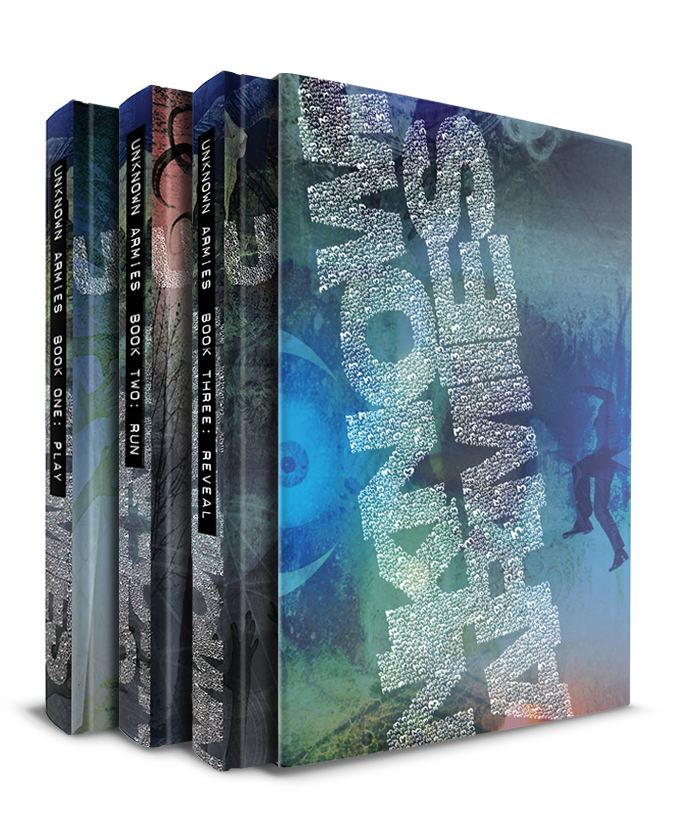 Atlas Games. The Kickstarter for the Unknown Armies Third Edition Roleplaying Game will run until 29. April 2016, and I am a backer.

Why? The Occult Underground needs me and, of course, you!

All jokes aside and even if it sounds trite, the original first two editions of Unknown Armies (UA) offer an unique roleplaying experience. John Tynes‘ and Greg Stolze’s roleplaying game of weird horror uses an easy, functional and quite deadly percentile game system. The setting has little in common with your good old pentagrams, vampires, werewolves and ancient gods. Instead, the game is about people, their obsessions and readiness to sacrifice. Avatars gain supernatural powers by acting according to the principles of ‚jungian‘ archetypes like the Mother, the Fool or the True King, etc.. Adepts charge their magick by the paradox of their strange behaviors. For example, Plutomancers hoard money, but are not allowed spend it. The world as we know it is going to end at any time, because of our human ambitions, not some mysterious monster or elder god.

Greg Stolze, author of the current 3rd edition of Unknown Armies, answered a handful of questions about his current project. 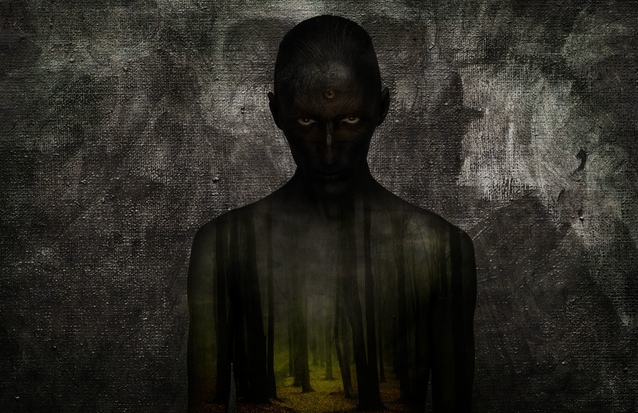 On Kickstarter, you offer the following elevator pitch: “Unknown Armies is an occult game about broken people conspiring to fix the world. It’s about humanity, and how those among us who are the most obsessed have the power to alter reality until it aligns with their fevered desires. It’s about getting what you want despite others trying to keep it from you.” What does this mean or how does the game system and the setting support these concepts?
The “broken people” aspect deals with the core of UA’s mechanics. It is, very deliberately, a game about character and the shocks that PCs have endured, and continue to undergo as you play. It measures how you feel about the awful experiences life has to offer, such as helplessness and isolation and violence. Those burdens often determine how able you are to deal with further challenges.

As for “conspiring to fix the world,” UA has a uniquely humanist approach. Humanity, in the aggregate, is the most powerful thing in the setting, and even individuals can become hugely influential over all the Earth, if they’re either sailing the tides of collective belief… or angrily pushing against them hard enough. If you go along with everyone else, you can go exactly where you’re supposed to be. If that’s also where you want to be, great. On the other hand, if you drag across the grain of what everyone else believes, that can be tremendously disruptive. If you’re unhappy with the status quo, more disruption may be exactly what you want.

UA posits characters who want things very, very badly. Players set an Objective, which builds up towards 100%, at which point it comes to pass, regardless of how badly they’ve rolled or foolishly they’ve acted. But it only increases if you fight to grow it. The GM’s job is to present them with costs for their improvements, or distractions from their Objective, or natural bad consequences from the actions they’ve taken to get their wish. 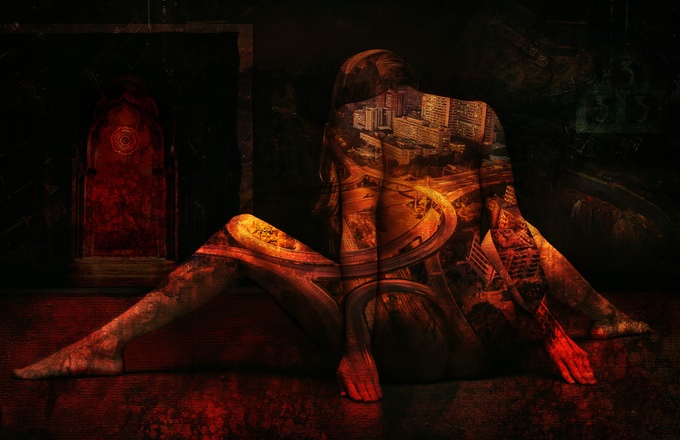 In your opinion, what are the most important changes and features of Unknown Armies 3rd Edition?
The setting is not substantially different, from an actual play point of view. There’s no new power group that must absolutely overshadow everything, there’s no sudden huge power vacuum. The old organizations from previous editions are around, changed about in interesting ways, but you didn’t ever have to be involved with those, and the current edition’s Objective rules make it a lot easier to say “No, the game is about uncovering the REAL signs of the Zodiac and mastering their power so that we can stop a sinister cabal of twelve powerful corporations from becoming incarnate people! MITT ROMNEY WAS TRYING TO WARN US THE WHOLE TIME!” 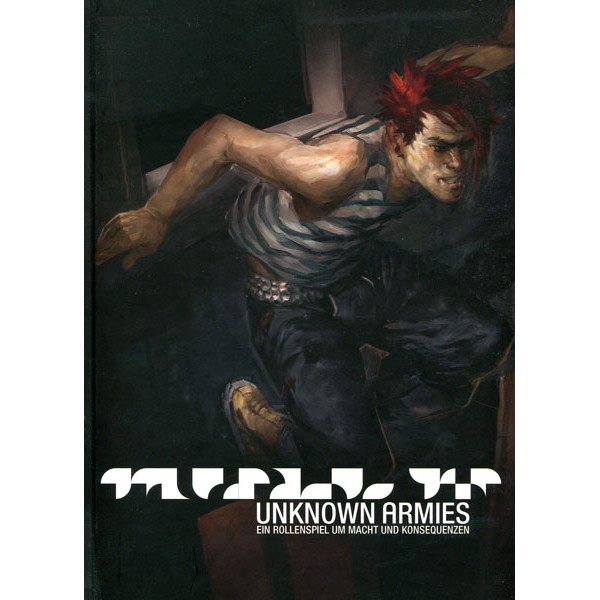 It’s also a lot more structured from the GM’s side of the screen. Something I’ve seen D. Vincent Baker’s work do a lot is create a GM action framework, where back in the old days we all just threw stuff at the wall and saw what stuck and what stained. There’s a story about the Chairman Mao method of learning to swim, which is to jump in the deep water and figure it out damn quick. A lot of GMs learned via the Chairman Mao method, and I think that’s probably a bottleneck that’s kept many people from doing it. The issue was particularly acute with UA1 and UA2, of which it was sometimes said, “It’s very neat, but what do you DO with it?” I want UA3 to answer that step by step, for players and GMs alike.

A representative Unknown Armies group consists what types of characters and what makes them interesting. Any cool powers/feats your are especially proud of?
UA lets you define your own powers/feats, through a fairly vague but (I hope) robust system of Identities. If you have a normal Identity — something like “I am a televangelist” — you can define what that does before you ever have to roll it. Maybe your faith protects your tender psyche when you confront unnatural horrors. Maybe it gives you access to cash, and greases the skids when people recognize you from TV. Or maybe you can use it to spin out pure and graceful lines of mendacity. It’s up to the player to define what that ability is. But it always falls within the rubric “Of course I can _____, I’m a ______!” Filling in those blanks has to make sense. “Of course I can convince this rube his gout’s been healed, I’m a televangelist!” seems right, doesn’t it? You can see how you get from A to B? If, however, you try to pull “Of course I can break a jujitsu choke-hold, I’m a televangelist!” your GM is likely to give you quite a look.

There are weird styles of magick based on transgressing the normal way of doing things—photographers who really can steal your soul with a snapshot, and tailors who really can dress for the job they want—along with Avatars, who embody greater social roles like The Hunter or The Judge or The Executioner and who therefore have things break their way. But I have to say I’m happiest with the do-it-yourself Identities. In our starting playtest, we had a cop, a law student, and a psychic alligator wrestler. Good times. 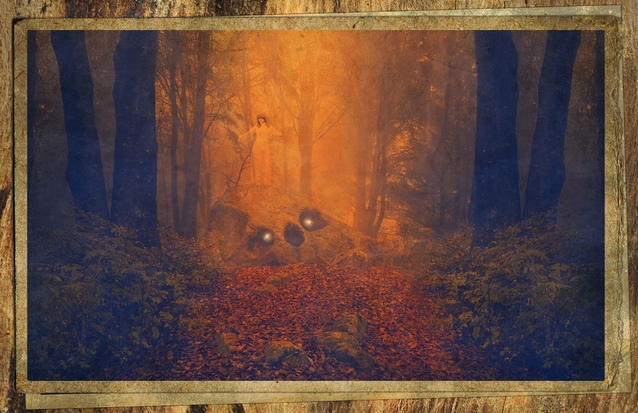 What are typical stories that the players will tell with Unknown Armies? Which kind of threats will they likely have to oppose?
I’ve tried not to box anyone in with a “typical story” other than “We decided we wanted X, and these jerks tried to stop us, and boy howdy aren’t THEY (and/or ‘we’) sorry now!” Many games are about trying to prevent something, or preserve something, or protect something—“If we don’t act, the world will end!” And that’s great, that’s a strong motivation, but I wanted UA to be about the players’ individual motivation. Some groups are going to pick a mystery to solve, or describe the enemy they want to overcome (“Imagine an unaging Dennis Hastert who can walk through walls…”), or the mad task they want to accomplish (“We’re going to steal $12m from North Korea, by subverting the power of the ‘Juche’ ideology which has become the Kim family’s personal political cult!”). And others are going to set it up as prevent/preserve/protect, which is fine. (“This shrine, centered around a 600 year old totem pole that seems to predict or define a number of corporate mascots—Ronald McDonald, Colonel Sanders, Mr. Clean and Aunt Jemima—has weathered many paranormal attacks. We’re due for another.”)

You describe Unknown Armies as a [magick] world co-created by Tim Powers and James Ellroy. The first two editions remind me in some aspects of Grant Morrison’s comic book The Invisibles or the Hebrew Chamber of Guf. Please tell us more about your inspirations. What are good starting points for fans if the they want to dig deeper?
There’s a Spanish movie, Intacto, which is about people who can manipulate luck. Specifically, they can suck the good fortune out of others in order to protect themselves. It’s a great, disturbing look at a magickal subculture in which the luckiest people in the world compete in order to steal each other’s mojo. It’s like Highlander for coincidence.

I also recently read Victor Lavalle’s book Big Machine, which is brilliant. It’s about a conspiracy within a library that searches out people who are… well, I hesitate to say low-lifes, but people who have walked a very dark path. It uses them to seek out and deal with paranormal threats, but in a way that reads more like a spy novel or a war story than more typical urban fantasy.

What kind of further development can we expect for Unknown Armies after the Kickstarter? Any other projects you want to share?
We’ll have to wait and see, I’m afraid. I’m so focused on 3ed right now (and the extra stuff I’m now obligated to write!) that I’m not looking much farther than that.

Why do you think fans should support the Kickstarter for Unknown Armies 3rd Edition right now?
1) It’s got some interesting thoughts about GMing.
2) It’s got some crazy setting stuff for any “magic in the present day” game, even if you don’t want to play it as-is.
3) I’ve seen some of the artwork that’s going into it, and it’s gorgeous.
4) It puts players in command of the game’s direction without having it be completely rudderless or unguided—either for them, OR for the GM who has to then weave a story out of whatever crazy straw they send her way. 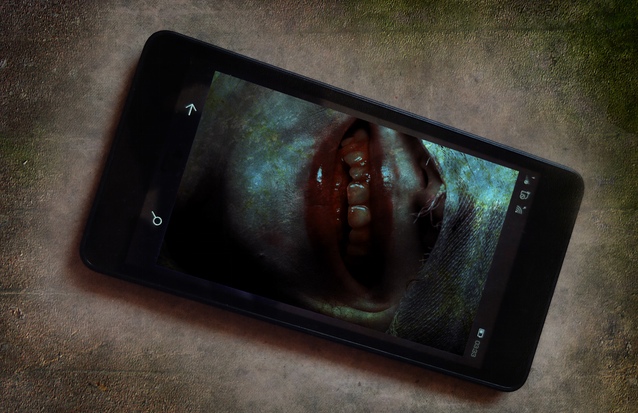 What are your favorite roleplaying games and what characterizes them?
Hm… I’ll exclude things I wrote myself, just so I don’t look like I’m frenziedly self-promoting.

I like Delta Green because it’s unflinching and doesn’t let characters off the hook. If you want that shoggoth killed, it’s entirely possible that you’ll die trying and fail anyway. Which, ironically, means that when you do kill the shoggoth (or, more likely, just a squad of Deep Ones) you know it’s a real victory, not just a pat on the head from the GM.

I like Over the Edge because of the “define it yourself” skills and abilities, which I stole for UA. Er, or I guess I should say “which inspired a similar system in UA”?

Penny For My Thoughts is a quirky piece of work. It has a laserlike focus on “amnesiacs recovering their traumatic memories,” and it does the hell out of that without any frills, and without attempting to do anything else. Similarly Breaking the Ice is a dating game where the main question is “Does this relationship work or fall apart?” I like it just because it’s such a refreshing change of pace and really suggests a much broader range of topics for RPGs.

Finally, there’s Fiasco, because it has never failed to be absolutely hilarious.

Thank you, anything else you want to add?
No, that should do it! Thanks.

For further information check out the Kickstarter page of the Unknown Armies Third Edition Roleplaying Game.

Disclaimer: I am not affiliated with Atlas Games or Greg Stolze.