As a GM: Our 2nd session of the intro adventure Promised Land for Symbaroum (Järnringen). An encounter with a few bandits and an one-armed, undead robber chief turned unexpected into an epic life-and-death struggle. The whole thing was crazy and fun. They survived.
The game system of Symbaroum isn’t perfect, but the setting is in my opinon adorable. 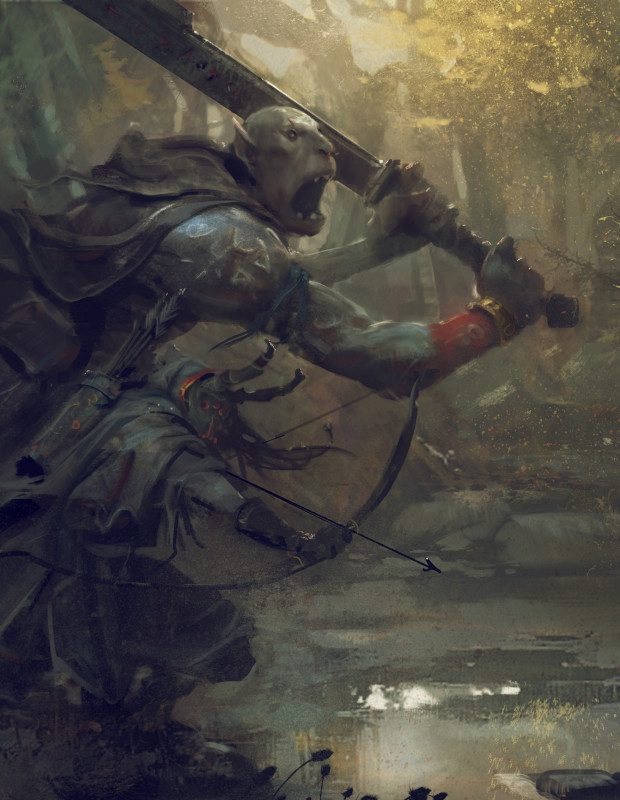 Symbaroum RPG: „The ogres emerge fully grown from the depth of Davokar, without memories, without names and without a language to make themselves understood. It is up to the humans who take them in to name them and teach them the ways of the world.“ (Image: Järnringen)

As a player: An ad hoc tremulus (Reality Blurs) round at „the Burg“, our yearly private convention. In the end half the town was in flames and half of our group was dead or insane. My character was one of the few who survived unharmed, because I flew (tired to my bed before the showdown).
tremulus is still my favorite Mythos game (beside COC).