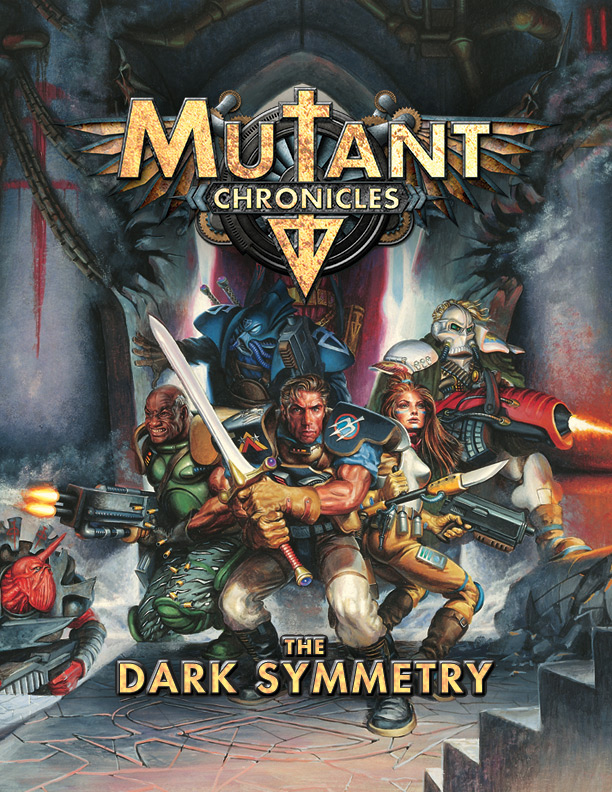 Mutant Chronicles 3rd Ed. RPG. To be honest, the so called „Kickstarter Fatigue“ is starting to kick in for me. I am tired of the continuous hype machine and the often failed expectations (e. g. Far West, They must be Flesh, etc.). Overall, I am also tired of paying in advance for nearly always delayed projects – sometimes I have to wait years.

As always there are exceptions to the rule. I liked the Achtung! Cthulhu Kickstarter, Chris Birch first and very successful crowdfunding campaign, and in my opinion both so far published basic rule books are a pretty good starting point for pulpy Cthulhu roleplaying adventures in World War II.

Chris Birch has something else up in his sleeve now: Mutant Chronicles!!!

In the 90s I read the Mutant Chronicles Golgotha comics (William King, Paolo Parente, Simon Bisley, etc.), played the board games Red Berets, The Siege of the Citadel and collected some of the roleplaying books. In other words: I was a fan of this Techno-Fantasy universe.

I had to back the Kickstarter. Chris Birch took some time and answered my questions about his current Mutant Chronicles 3rd Ed. RPG project.

Let us start with an elevator pitch concerning the upcoming Mutant Chronicles RPG and your current Kickstarter. Why should someone invest in your crowdfunding campaign?
The Mutant Chronicles story took you on this full throttle dieselpunk sci-fi ride through a solar system beset by corporate intrigue and the invasion of a terrible dark alien force. It’s the original ‘techno-fantasy’ game and now it sits perfectly in the dieselpunk genre as a fantastic example of a world regressed to where thinking-machines are not to be trusted, a giant gun, massive shoulder pads and a thrumming diesel engine are all you need! Backers are going to get one hell of a deal as, just like Achtung! Cthulhu, we unlock a bucket full of books and cool accessories. 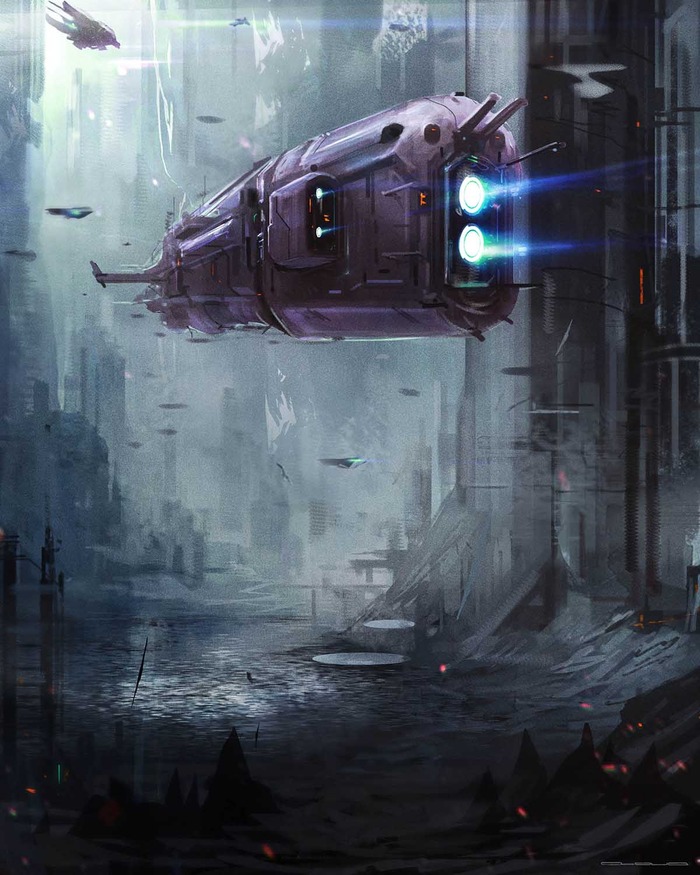 According to the playtest rules the new edition will use a new or at least a revised game system. What are your design goals? What are the major changes compared with the original game. Do you plan alternate versions of the game like a Savage Worlds or even a Fate Core Mutant Chronicles?
It’s a 1d20 roll under system with 8 attributes (the original 6 plus two new ones). I wanted something that harked back to the concepts of the old game whilst allowing full blown cinematic action in the style we all imagine of Mutant Chronicles. We still have the big cool concepts from the 2nd Ed. – the amazing life path generation will be much improved and you’ll be able to point buy a character you want too, you can use miniatures or not up to you – the game is designed to play fast and easy but with just the right amount of crunch and detail. We’re adding in space ships, how to run a small corp and much more. We are considering other versions if we unlock all the goals.

Your Kickstarter campaign offers miniatures. This can be seen to imply that the new edition is a „tactical battle map roleplaying game“ like D&D 4, Savage Worlds or Pathfinder. Are miniatures required or how does the game play without miniatures?
No, they’re not required at all, we just like cool minis! The new system is cinematic, there will be tiles and minis for those people who like using them, but they’re not required at all. In fact we’re going to have some incredibly cool maps (such as the GIANT flag size map of Luna to use as your gaming tablecloth…).

Are there any crossover plans with the tabletop wargame Mutant Chronicles Warzone Resurrection by Prodos Games Ltd?
Yes indeed, the miniatures will come with stat cards where appropriate for Warzone, whilst we will be providing conversion rules from the RPG system to Warzone so you can take your heroes in to the skirmish game. 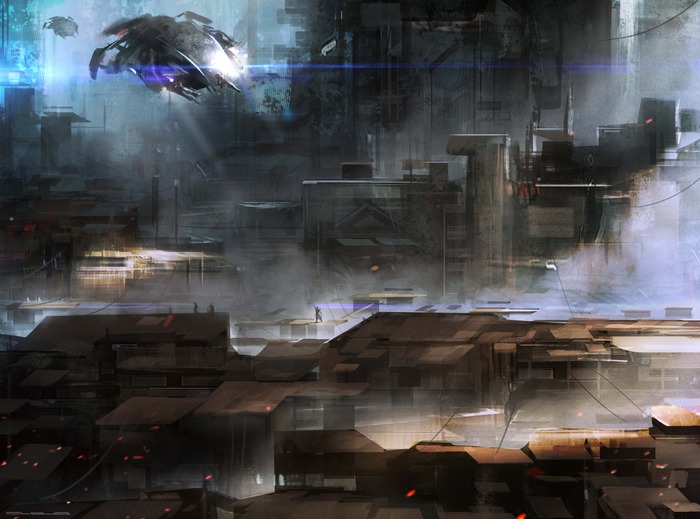 What were your first experiences with the Mutant Chronicles universe? Do you have a favorite aspect or element?
I first bought Blood Berets, then discovered the Doom Trooper card game, Fury of the Clansmen, and the RPG. I loved the over the top action, the epic techno-fantasy storyline…

In my opinion your published Achtung! Cthulhu material conveys especially compared to the World War Cthulhu campaign some kind of „pulp feeling“. I think the Science Fantasy/Dieselpunk approach of Mutant Chronicles transports a similar world view. Do you have a weak spot for Pulp and what fascinates the most about the genre.
I do love a bit of two-fisted pulp action – I grew up on comic books and love big stories and big action, but I also love the dark noir investigative storylines and Mutant Chronicles lets you combine the two.

Finally, what are your (near) future plans? If I recall correctly Mutant Chronicles and Kult were both originally published by Target Games. Maybe you also have the rights for the Kult RPG?
No we wont‘ be doing Kult, we’ll have our hands full with Mutant Chronicles and Achtung! Cthulhu for now, of course we have the DUST Adventures RPG later this year which is in playtest at the moment and some board games…

Thank you for your time and the interview. Anything else you want to share with the fans?
Just wanted to thank everyone so much for coming to support our second Kickstarter – it means a huge amount after months of long hard work.