Deluxe Mage: The Ascension Kickstarter: Proposed Ultra-Deluxe Q-Edition M20 cover mock-up. Not approved or a photograph, but a working visual target that will be tweaked as necessary. (Image: The Onyx Path)

Deluxe Mage: the Ascension 20th Anniversary Edition (M20). The following interview was originally planned for the launch of the Kickstarter by the Onyx Path. Unfortunately, real life trumps very often game stuff. At first I had to handle some serious and private „family business“. Lastly, Satyros Phil Brucato, the developer of M20, had another project rear up and demand his time. So, please excuse that this interview is a bit pieced together.

The first edition of Mage: The Ascension was published 1993 by White Wolf. After Vampire: The Masquerade and Werewolf: The Apocalypse it was the third classic World of Darkness roleplaying game. We played some Mage when it came out. At this time it was definitely the game we talked the most about. We tried to, but didn’t fully understand what it was about and how to handle the power level of our mages. Mage didn’t really work for us, but in a fascinating way. In my opinion and compared to the other White Wolf lines Mage is still the most complex, challenging and perhaps the most rewarding World of Darkness roleplaying game. Your mileage may vary, but I think Mage is great brain food. The game offers a very broad spectrum how you can perceive (and change) the (game) world. Enjoy – beware of the White Wolf ninjas!

At the moment your Kickstarter has more than 3080 backers who pledged more than $529,000 and only 4 days are left for even more. I always thought Vampire and Werewolf have the most fans. This is already an absolutely intriguing success, congratulations!
Let us start with an elevator pitch about Deluxe Mage: the Ascension 20th Anniversary Edition. Please let us know, what is the Deluxe Mage: the Ascension roleplaying game about?
Richard Thomas: I’m going to pull Satyros’ excellent intro text for the Kickstarter, because it really gets to the question of what makes Mage unique: Twenty years ago, a game came along that changed gaming. It was big and epic and confusing as hell. It dared folks to think outside the box – to not simply throw fireballs but to really think about how and why we do the things we do. Mage challenged people to make a difference in their world. And now, more than ever, that challenge stands.

Against the epic tapestry of an Ascension War, Mage features architects of reality locked in a deadly fight to see whose future will prevail.

But within that sometimes cosmic scope, Mage asks an intimate question: If you had the power of a god, what would you do with it… and what would IT do with YOU? 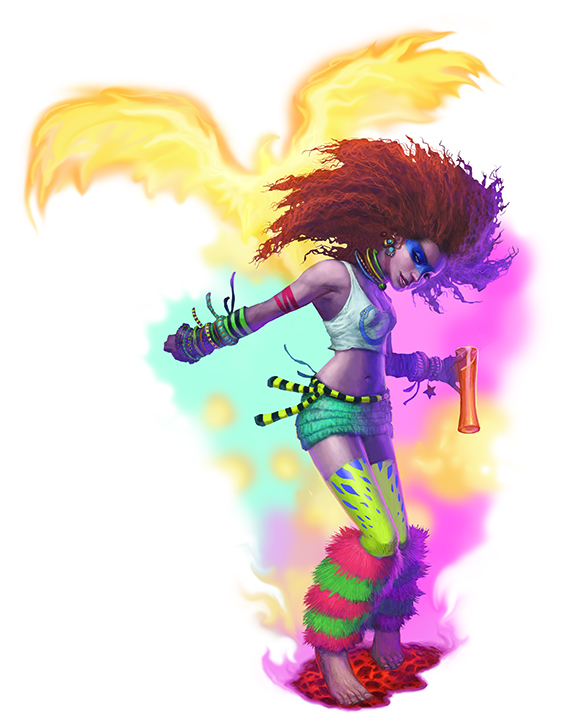 What makes the 20th Anniversary Edition (M20) special for you? What is your favourite part of the game and do you see an element that is a bit tricky or critical.
Richard Thomas: I’m just loving our ability to make these 20th Anniversary Editions (although every one we make reminds me that I’ve been helping to create the World of Darkness for just soooo long!), and doing it while reconnecting with our fan community that might have been out of touch for years. There’s an overall thing that’s really tricky, and that’s maintaining the feel of that very book that you, the Mage fan, picked up years ago that got you excited by Mage. I think Satyros has done an amazing job of making the writing for M20 feel right regardless of which edition pulled you in, and visually I’m hoping the graphics and art choices continue to evoke that first feeling as well.

In my opinion Vampire: The Masquerade is a game about (not) becoming a monster, the Werewolves (Garou) are fighting against the corruption and destruction of nature. I think Mage: The Ascension has no such strong major theme. Mage reminds me a bit of a kaleidoscope of perspectives. Maybe I am wrong and playing a god with all the consequences is the theme of the game. The description of your Kickstarter campaign indicates that the dominant theme of Mage „is hope“? What does this mean and most importantly how does it affect game play?
Satyros: To paraphrase what I wrote for the Kickstarter: Mages are power incarnate. What they Will, will be. While others are hopeless or content enough to accept what they’ve been given, mages change the picture. They disagree about what that picture should look like, but The Awakening won’t let them simply sit still and accept the world as it is. They have power. Power that can go to their heads, corrupt them, demolish everything they hold dear… but it’s there. 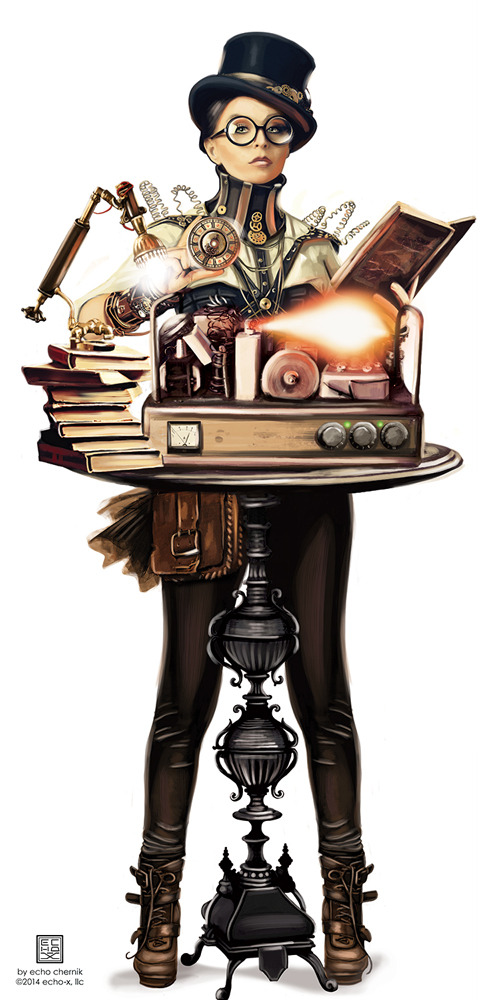 One critical question: Over here in Germany (Europe/rest of the world?) some Mage fans complain the high price for the book (min. $160 for the Deluxe Edition) and the stretch goal policy like the T-shirt discount offer ($350,000). Do you see a chance to convince them of your project? What do you say to these people?
Richard Thomas: Well, I’m not sure I can (or should) convince anybody about the cost of the book if they can’t afford it. I will say that first of all, we’re not thrilled either by the higher buy-in cost for the Deluxe M20 on Kickstarter, or the inevitably higher cost of M20 in PDF/PoD formats on DriveThruRPG. Part of that is simply that Mage 20th is going to be at minimum 600 pages and even with the careful development Satyros and Bill Bridges will be applying to bring the word count down, it’s very likely that Mage will be over 100 pages longer than V20 or W20. So that length in and of itself is a huge difference in cost for any format we choose to make available.

Now, to look at the Kickstarter specifically, even with that increased page count, the real issue for European or other International backers is the cost of shipping such a big weighty book. I continue to look for better solutions, as do most tabletop RPG KS creators, but right now we’re at the mercy of very high shipping fees for books of this size. The thing we’ve tried to do during the course of the KS, is to use the Stretch Goals to add more projects and benefits so that a backer isn’t just getting the Deluxe M20 for their $160, but as of right now there’s an additional 350,000+ words of PDF products which is not even counting the M20 Fiction Anthology. Combined, that’s more words than V20 had, so you get a lot of Mage for your pledge!

Did I miss something? Do you plan a new basic setting or default chronicle for M20? How do you plan to support the line after Kickstarter project?
Richard Thomas: Well, looking at just the Stretch Goals projects we’ve already opened up, Satyros is going to be busy for quite some time! We learned after W20 and Mummy to hold off on official additions to the schedule for a line like this until the KS is done. We even had some fans concerned that M20 wasn’t going to get any more releases than the one we made official for this year. Meanwhile, Satyros and I have this massive list of possible releases for inclusion in the KS, and beyond.

Which consequences do I have to expect if I turn a vampire into a lawn chair?
Richard Thomas and Satyros: The White Wolf ninjas will get you!

Thank you and all the best! Anything you still want to share with the fans and the supporters?
Richard Thomas and Satyros: We’re so happy for all the support we’ve been given by our KS backers and the overall Mage community. Happy but not surprised- Mage fans have always been amazing!

You want to know more about the game? Please check out the meaningful M20 F.A.Q. (part 1, part 2). Only 4 days left, but can still support Deluxe Mage: the Ascension 20th Anniversary Edition on Kickstarter. I have done it!