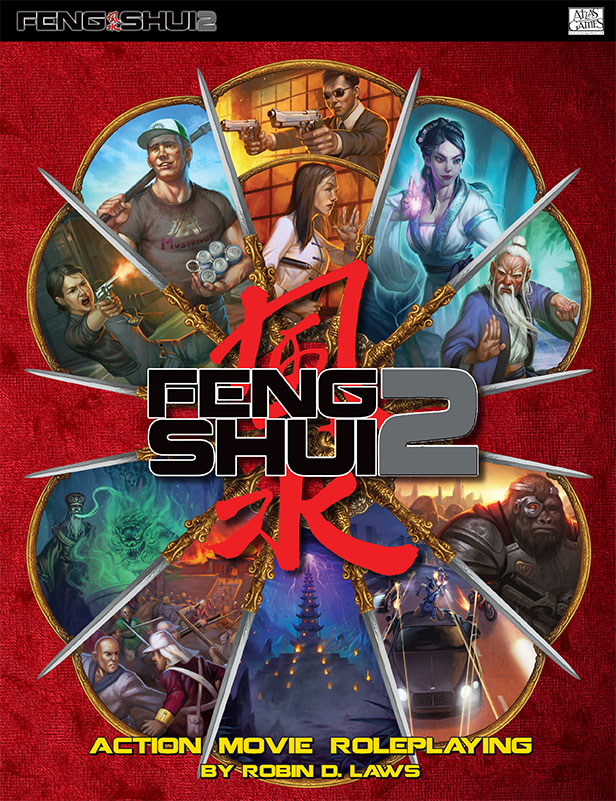 Feng Shui 2: Action Movie Roleplaying Game by Robin D. Laws. Kiii-Yaaahhh! There is an upcoming second edition of one of my all time favourite roleplaying games. In other words: I am a fan since the first Feng Shui rulebook by Daedalus Entertainment. Period – The following interview is not a paid advertisement. I am a normal backer of the crowdfunding project by Atlas Games.

In my opinion Feng Shui was FAST! FURIOUS & FUN! years before Savage Worlds. In the middle of the 90s we used no drippy battle maps, but encountered dropping like flies mooks for the first time. It was the time of ninjas running on flying bullets, Gun Fu heroes and blind Kung Fu masters fighting against hordes of cyber-gorillas and eunuch sorcerers. Over-the-top Hong Kong action movie dreams had turned into a clever and innovative theater of mind roleplaying experience.

After the unfortunate end of the first publisher the Secret War moved on and Atlas Games released in 1999 a new version of the game. A year before they also did another cult classic Unknown Armies by Greg Stolze and John Tynes. This (and other more personal things) led for us to an end of our struggle over the flow of Chi, powerful Feng Shui sites and the world domination. Not only the Occult Underground was calling …

In recent years things have become quieter around Unknown Armies and Feng Shui, but a few weeks ago we heard rumors and suddenly a friend offered a brief online playtest. Our Kung Fu was strong, the bullets flew again and we made a stand against a cyber-ape and his henchman … Based on our first impressions we liked most of the updated system and setting.

Feng Shui has now returned with a bang: Atlas Games is raising funds for Feng Shui 2 on Kickstarter. It was funded within 20 minutes and backers can get the current draft rules to run their own playtest. The Dragons can use all the help they can get! 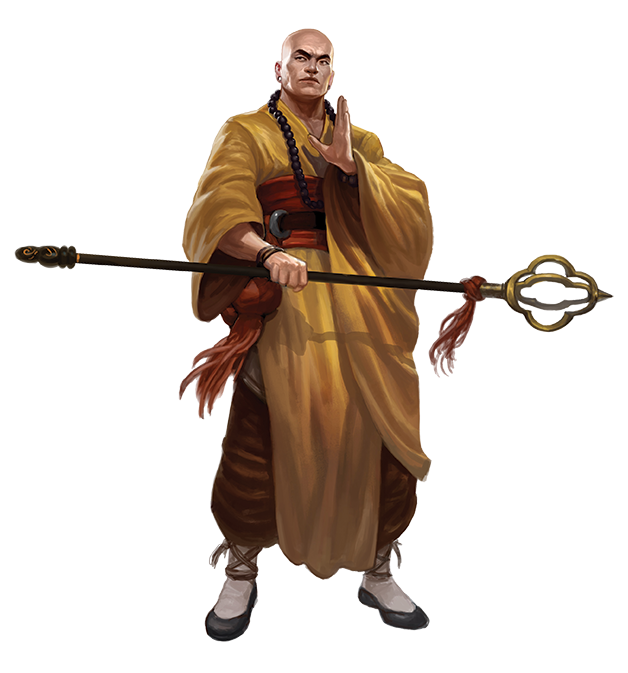 Let us start with a brief elevator to the Netherworld pitch about Feng Shui 2?
In Feng Shui, the action movie roleplaying game, you play heroes of the chi war, protecting humankind’s destiny in a titanic struggle across space and time. Victory depends on your gravity-defying kung fu powers, your ancient magics, your post-apocalyptic survival
instincts, or your plain old-fashioned trigger finger. You might be a maverick cop, a cranky kung fu fighting master, an everyday hero, a masked avenger, or an enigmatic drifter from a post-apocalyptic future.

What is a typical Feng Shui 2 adventure or campaign about? What are distinctive conflicts or threats that the players will have to handle?
Your battles pit you against a legion of fearsome foes. This conflict rages between four key time periods, pitting you against sinister eunuch magicians of the past, imperialist oppressors of the colonial era, secretive conspirators of the present, and cyborg rebels-turned-tyrants whose excesses collapsed the future.

Chi warriors grasp the fundamental truth of existence: the power of the Earth. Certain sites that harness and intensify chi, the life force that animates man and nature, extend across the planet. Those controlling these sites benefit from the increased flow of chi, and gain great fortune in matters both mundane and mystical. Since ancient times, the Chinese have honed their knowledge of Earth magic—or geomancy—into the discipline known as feng shui.

History belongs to those who have attuned themselves to feng shui sites, forming a mystical bond harnessing their chi energy. The scramble to possess them ramps up as never before. When the war ends, we will live the way the victors want us to. Only you and your fellow heroes can prevent these powerful sites from falling into the hands of despots and maniacs.

What are the major changes of Feng Shui 2 compared to the previous edition and what are your favorite features of the revised game system and setting?
Feng Shui 2 takes advantage of the recent shift in taste toward quick start and sharply defined characters to do what it should have done all along. It gives you fun, playable character types that are ready to go from the start, as soon as you infuse them with the most essential element of any character–story, motivation, and personality.

It streamlines play, eliminating missteps of the original design, such as character symmetry between PCs and enemies, or overly literal approaches to things like armor or cover.

It takes archetypes that sounded good on paper but were less than optimal in play and makes them work–the Big Bruiser being a prime example.

We update the Contemporary setting from an eternal 1996 to the present day, with all of the dramatic changes in Hong Kong now part of your action movie fabric. 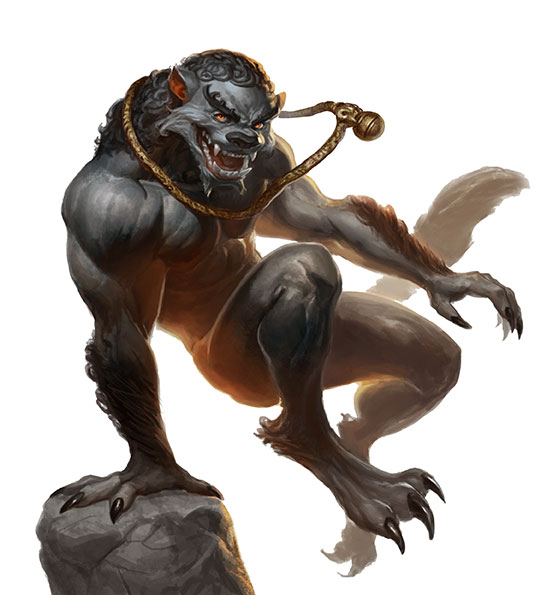 I would describe Feng Shui as a (very) wild mash-up of the movies The Heroic Trio (Johnny To, Hong Kong), Hard Boiled (John Woo, Hong Kong) and last but not least Big Trouble in Little China (John Carpenter, USA). All these movies are products of the 80s and 90s. As far as I know you are a huge Asia movie fan. Hopefully, you have a different and more current list of inspirations. What would you suggest nowadays?
Feng Shui 2 releases during an upsurge in Hong Kong and Chinese cinema, now well out of an intervening fallow period. On top of that, these days many of the best Hong Kong movies are actually South Korean.

The final book will include an updated filmography, but off the top of my head I’d direct readers to such recent titles as Detective Dee and the Mystery of the Phantom Flame, Wuxia (aka Dragon), Red Cliff, Rigor Mortis, That Demon Within, and The White Storm. Outside of China/HK, check out Commitment, The Berlin File, War of the Arrows, Blades of Blood, The Last Stand, or Why Don’t You Play In Hell, Legend of the Tsunami Warrior (aka Queens of Langkasuka.)

Our brief playtest of Feng Shui 2 was a lot of fun. The system felt in many ways streamlined and even more action-oriented than before. What were your overall design goals for Feng Shui 2?
To remove the fiddling from character generation in favor of fast play. To speed up play without removing the fundamental elements that make the game Feng Shui. To spruce up underpowered archetypes and replace useless schticks with awesome ones.

We stumbled only over one thing – the tick system (Shot Countdown). In my experience such an “math heavy” initiative system inhibits the flow of the game a bit. Why did you keep it?
I’m confident that if your experience had been more than brief, you’d have completely mastered the tricks to running with the Shot system, resulting in exciting, cinematic-feeling, fluid fights.

Dividing each round (sequence) of combat into smaller shots, in which characters take actions like attacking, dodging, or aiding their allies, creates the flow of a movie fight, where different actions can be broken down into camera shots, edited to take varying amounts of time. Making action times variable allows us to roll out a variety of crunchy bits that treat time as a resource.

I am not a math guy at all, so if I can do it, anyone can. Shot costs don’t require math, just simple arithmetic–usually subtracting 3 from a number between 14 and 3. The handling cost to the GM seems on first glance to be a detriment.  But the learning curve requires the GM to think about making fights faster.  Once the GM makes the leap you get a faster pace not in spite of, but because of, that handling cost.

You have a lot of experience developing roleplaying games and settings, most recently Hillfolk (“dramatic storytelling”) and Gumshoe (emulation of investigation procedurals). Did the original Feng Shui influence these game designs? Which lessons you have taken from previous experiences that you are now trying to apply to Feng Shui 2?
Feng Shui certainly establishes the through-line that runs through all of my later work. It looks at the way a genre functions and trying to emulate that, rather than trying to simulate the physics of an imaginary reality.

It was surprising when revising the original game to find the GUMSHOE principle tucked away in it, as a throwaway aside! The lesson I’m applying back from the other games is not to be afraid to tightly focus on a particular style or aspect of storytelling, even if this runs counter to player expectations.  In its day Feng Shui challenged and changed a lot of preconceptions–so much so that people treat its breakthroughs as a new set of preconceptions that must have always been part of the received wisdom of roleplaying.

Another lesson is that the resistance you get when you challenge assumptions is a good sign. It means you’re changing the way people think.  Because who wants to do that? Until you come out the other side of it and see things from a fresh angle. 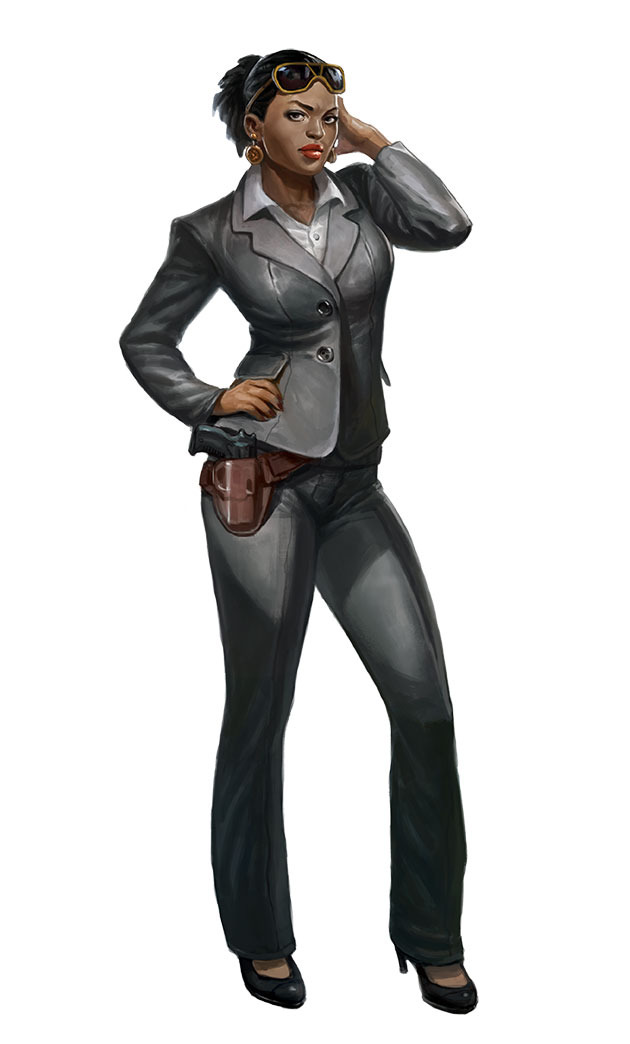 What kind of further development can we expect for Feng Shui 2 after the Kickstarter? Do you have any other project in your pipeline?
This will be largely determined by the success of the Kickstarter, in two ways.
One, we just might have some stuff up our sleeve for later phases of the campaign.  A couple of people are worried that we haven’t thought up enough stretch goals, but it’s only day 4.  Sure, we blew through our first goals way sooner than planned.  But that doesn’t mean we can’t [REDACTED REDACTED SIGNAL LOSS ACK SPUTTER]

Two, Atlas hopes that a successful campaign will establish renewed interest in the line in retail, which has changed a lot since its version of the game debuted in ’96.  If it sells well in stores follow-up products start to make a compelling case to John Nephew’s unforgiving Minnesotan spreadsheets.

That said, a great quality about Feng Shui has always been that you really only ever need the core book to play. So you can get years of fun just out of that, even if Atlas never produces another supplement for it.

Why do you think backers should jump aboard Feng Shui 2 right now?
Lots of people who plan to back a project forget about the campaign and then realize that the deadline has closed.  It closes on a Friday night.  You have plans for Friday nights, right? Better reserve your loot now, to make sure you get it. If you let it slip your mind, you’ll be missing a great deal.  The PDF price is 45% cheaper than it will ever be again. And the tiers that include a physical book give you the PDF for free.  Atlas will be pricing them as separate items when it releases to the general public.  So you’re saving $8 in the PDF only tiers and up to $18 in the book tiers. Jumping on now keeps the publicity going and attracts more fellow backers, knocking down more stretch goals.

And if you want the game to have the aforementioned support trail, a continuously growing campaign sends a big message to retail.


I hope you enjoyed this interview. You can join the good cause of the Dragons (and some other more nefarious factions) on Kickstarter.

PS: Atlas Games, Hal Mangold and Cam Banks thank you for your help.