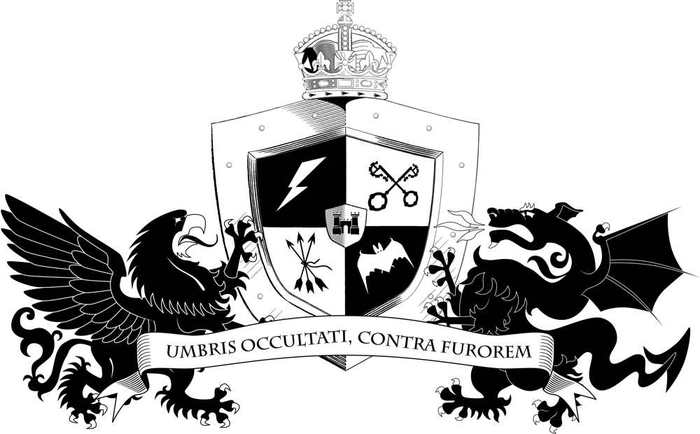 „A new steampunk anthology and RPG from The Ministry of Peculiar Occurrences!

Galileo Games and Imagine That! Studios have teamed up to bring you an ambitious steampunk project! The Ministry Initiative is a two-part creative endeavor that will not only premiere new fiction from the steampunk world of the Ministry but also present a brand new role playing game from the makers of Bulldogs! and the ENnie Award winning game Shelter in Place. Thrill to the tales in Ministry Protocol, or join in as an Agent in The Ministry Initiative.

What Is the Ministry Initiative?

With this Kickstarter, you can back either of these great projects, or both! We’ve structured our rewards so you can pursue the fiction element of the Kickstarter, or strictly follow the role-playing game side. We hope that readers who are interested in the role-playing game will try it out, and role-players unfamiliar with the Ministry of Peculiar Occurrences series will join in reading the anthology as well. We want it to be easy for you to choose a reward level that fits your interests.

The first part of this Kickstarter is funding of Ministry Protocol: Thrilling Tales from the Ministry of Peculiar Occurrences. Bridging the gap between the Janus Affair and the third novel in the series, Dawn’s Early Light (by Tee Morris and Pip Ballantine, scheduled for an early 2014 release), Ministry Protocol is an anthology of new cases from the Archives, never before podcast or released in digital format. With original Ministry stories from Leanna Renee Hieber, Alex White, Tiffany Trent, and Delilah S. Dawson (just to name a few), half of our Kickstarter will be dedicated to commissioning of stories, editorial services, cover art, and interior layout, the end result culminating in a digital anthology with a limited print run.

The second part of our Kickstarter is entitled The Ministry Initiative, an exciting new role-playing game from Galileo Games, a company with years of experience designing and publishing role-playing games. With game design from the award-winning J.R. Blackwell of Shelter in Place and setting by steampunk author PJ Schnyder, The Ministry Initiative is a Fate Core tabletop RPG, putting you in the field for Queen and Country. Along with a chance to interact with your favorite characters from the Ministry of Peculiar Occurrences, you will wield the latest technology from R&D, face off with members of the house of Usher and the Phoenix Society, and travel the globe to investigate the fantastic and the unexplainable. Half the funding from this Kickstarter will go to game design, cover and interior artwork, printing and distribution.

Enjoy them both! While readers and fans of the Ministry of Peculiar Occurrences will enjoy the anthology, the game is designed to be friendly to new-to-gaming players who want to become an agent themselves. The RPG is also designed for fans of Fate-powered games, presenting you the chance to dive headlong into a world of steampunk and spy craft.

For this two-part Kickstarter, our goal is 20,000 dollars, the largest goal ever undertaken by Galileo Games. With Galileo’s track record for delivering projects partnered with the quality of fiction and creativity from Imagine That! Studios, we believe we can reach this goal. But we can’t do it alone.

Here’s where you can help:

Support this project and you could receive great new fiction from established writers and a brand new steampunk RPG from a company with a history of excellent games. Not only will you help fund both an exciting role-playing game and a new anthology, but you’ll get a peek at advance artwork featured in The Ministry Initiative RPG, new audio fiction from Imagine That! Studios, and even a chance for you to appear in the fourth novel of the Ministry of Peculiar Occurrences series, coming in 2015 from Ace Books.

After showing your support for the Ministry, share this video and images from this Kickstarter on your social media networks of choice. “
– The Ministry Initiative – Steampunk Role-Playing & Fiction product description