Space: 1889. The Kickstarter project for the more civilized Steampunk Roleplaying Game by Chronicle City and Clockwork Publishing is about a week after the launch funded. Congrats!

There is a pretty good chance that this crowdfunding campaign will attract many fans. Especially some stretch goals like adventures by well-known authors (John Wick, Steve Long), a nice Screen & NPC Booklet and maybe new full colour artwork are good arguments for an entertaining and successful Kickstarter. 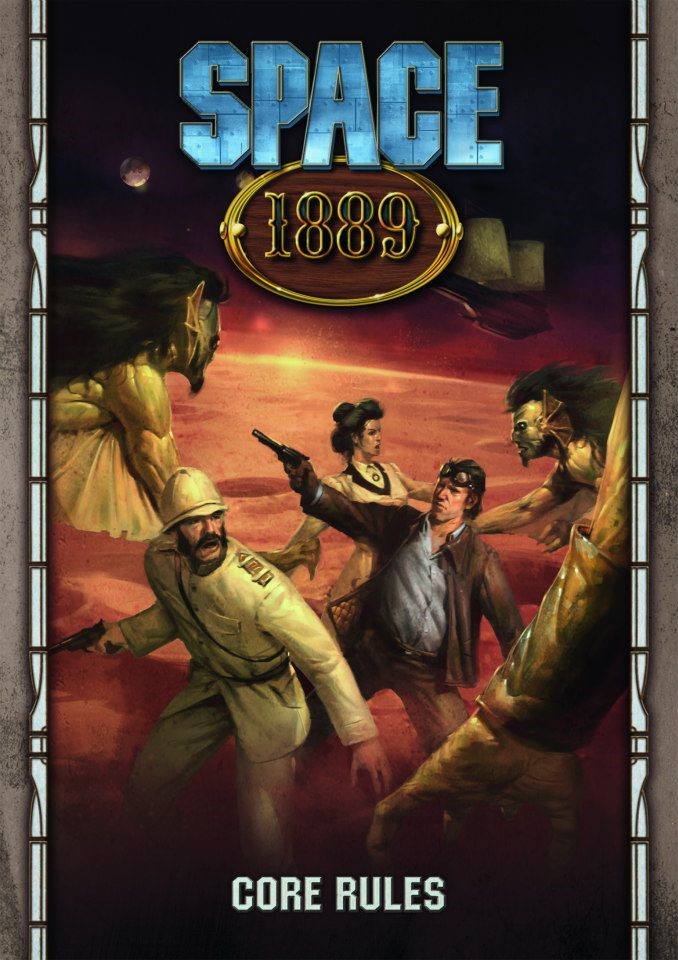 Hello, please give us an elevator pitch about Space: 1889 and your current Kickstarter project?
Angus Abranson: Space: 1889 is a Victorian-era science-fiction inspired by the likes of Jules Verne, H.G. Wells and Arthur Conan Doyle. Edison created the Ether Propeller that allows mankind to set sail to the Martian deserts, the jungles of Venus, and experience fantastic voyagers of a lifetime!

Which book/comic/movie/story etc. should every fan know before he starts to play this more civilized roleplaying game? (Pick only one.)
Patric Götz: Definitely the works of Jules Verne. 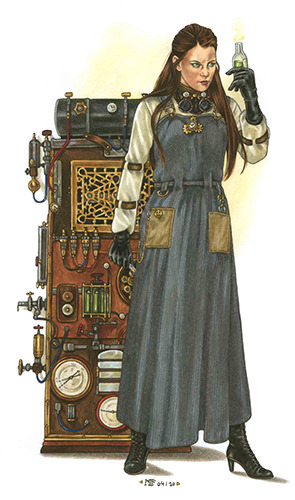 Based on the Hollow Earth Expedition RPG (Ubiquity system) there is already a German edition of Space: 1889. Are there any differences between the German and the upcoming English version? What are in your opinion the most exiting features of this revised version of the old GDW classic?
Patric: There might be some differences, if we reach the right stretch goals ;). We aim to do the English book in full color, which just wasn’t possible to do with the German edition, because of the much smaller market here. We will also add a bit more artwork, since the only real critic the German book got was, that it could have used some more artwork.
Angus: For me it’s being able to expand and revise the original Space: 1889 setting. The original game is 25 years old this year and the opportunity to update the game for old and new fans was too tempting to pass up. Also being able to broaden the scope of the original setting – not only in regards to more details on the wider universe but also bring in a much wider range of character types and nationalities into the mix.

Heliograph offers currently also reprints of the original Space: 1889 game material. Frank Chadwick, the creator of the original game back in the late 80s, is involved in your current Kickstarter project. Please tell us more about the circumstances? Where are the boundaries between the projects?
Patric: As far as I know, Heliograph has the right to reprint the classic material. I’m very glad and thankful for having Heligraph keeping the game alive to some extend with these reprints for so long, which is something we on our side don’t want to change at all.

You announced two adventures by John Wick (Legend of the 5 Rings) and Steve Long (Hero system) as stretch goals. What can we expect more from the current Kickstarter and in the near future, after the crowdfunding successfully ended? To be honest, I expect a well funded Kickstarter. I think at least some fans wait for a revised Canal Priests of Mars.
Patric: We have many plans for the Space: 1889 line. If it is successful in English (which I assume it will be), we’ll probably publish the sourcebooks we are planning and writing for the German version in English as well. Some of these might show up as stretch goals, if everything goes well.

Also, we plan to translate the new English stuff that gets done thrpugh the Kickstarter to German as well. We are currently working on a revised edition of Canal Priests of Mars for the German edition, by the way.
Angus: We’ve recruited some of the most creative writers in the industry to write a number of our stretch goals. I’d love to see all of them become involved but that will largely be dictated by how well the Kickstarter campaign does and how many of the stretch goals we can unlock. 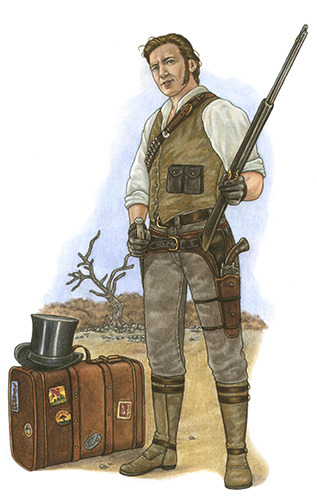 What do think about the current hype of Steampunk in subculture (e. g. Cosplay) and the media. Do you think your Space: 1889 Kickstarter benefits from this phenomenon?
Patric: I love Steampunk. I loved it, before the name was created ;). I certainly hope, the Kickstarter and Space: 1889 in general will benefit from the current enthusiasm for Steampunk.
Angus: I’m in a similar position to Patric. I’ve loved the Victorian era since I was a kid – it was one of the things that attracted me to Space: 1889 when it was originally released back in 1988, and it’s been fascinating to see the scene bubble and grow over the last 10-15 years to a point where it’s been invading some aspects of mainstream consciousness and fashion in the last few years. I think the ‘Steampunk’ scene certainly won’t hurt the relaunch of Space: 1889.

Can we expect similar collaborations in the near future? The German old school inspired roleplaying game DungeonSlayers is pretty popular in Germany. What about a German translation of Achtung! Cthulhu?
Patric: Well – I can’t talk about things in detail yet, but I would say chances are pretty good for further cooperation in BOTH directions.

Thank you and good luck. Anything else you want to share with the readers?
Patric: Thanks for letting me tell your audience about our project. We have many hopes it will be successful, and will allow is to create many more books and games later on.
Angus: If you’re interested in helping run demo games at conventions and/or local game stores/clubs please get in touch with us as we’d love to hear from you!

A good starting point to get in touch with the project is the current Kickstarter. Based on the German edition the new Space: 1889 is a fine companion for civilized traveller through the Aether.

Bon Voyage to Mars and Venus.