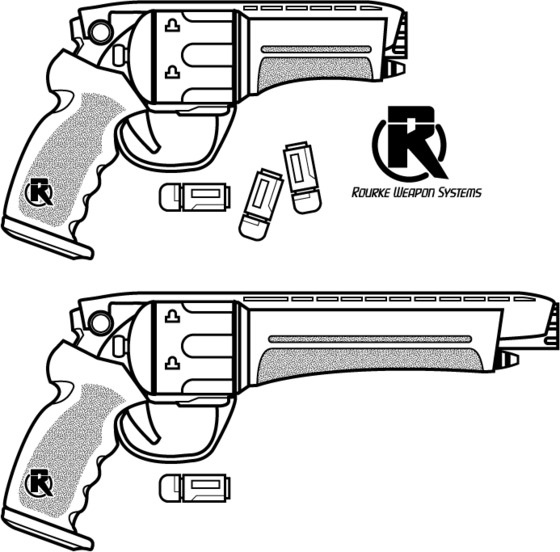 OK we’re back with Six Guns Lasers. We’re going to get this book made if it kills us. Well that we, just really includes me I guess…maybe I need to rethink that.

We’re going to get this book done come hell or high water! There that’s better. We’re (and I’m back to using the term to describe all of those associated with Terra/Sol Games now I just didn’t want to speak for everybody else on the whole „kills us“ thing) really dedicated to getting this book out for a number of reasons.

First, it’s a really good book! With lots of the things that Traveller and science fiction fans in general have loved about the first two books in the line. It takes integral elements in any science fiction setting (this time laser weapons) and lovingly describes, details and illustrates them.

Second, we’re looking for a new way to do things and getting this kickstarter funded is our proof of concept. We have a number of manuscripts (17 at the present time) for books both large and small that we at Terra/Sol Games want to get published. I have poured boatloads of time and money into both creating and procuring these and I want them to see the light of day. However getting the words on paper is only the first step in producing a book. The manuscript almost always needs polishing. Beyond that you need art, editing, layout and finally printing. Not to even mention marketing because having the greatest book in the world is meaningless if no one knows it exists. And all of that takes money.

Now I could go on pouring my daughter’s college fund into these books but that really isn’t the prudent thing to do. So here we are with this second go at a Kickstarter for this book. I’m convinced that Kickstarter is a brave new world where fans and supporters of an idea or product can come together to make it happen. So we’re looking for fellow travelers to walk down this path with us towards seeing this book published and beyond that even more Twilight Sector books, comics and fiction come to fruition. We hope that you’ll help us prove the concept by supporting Six Guns Lasers.

Six Guns Lasers is a sourcebook on Laser weapons specifically for the Mongoose Traveller rules but easily convertible to most science fiction rpg rules. The strength of the line lies in the descriptions of the products, both their benifits and weaknesses and also the flavor of the items. From the manufacturers to the weapons themselves nothing about a Rourke Weapons Systems Light Cobra Laser Revolver will feel generic.

To get a feel for Terra/Sol Games and the Six Guns line as well as our other products here’s a link to DriveThruRPG; http://rpg.drivethrustuff.com/index.php?manufacturers_id=2914

I’m overwhelmed. Thank you all for your support of the project. It has been great reaching our funding goal so early and now we get to move on to the fun stuff, stretch goals!

We’ve already reached our first goal of an original cover by long time Terra/Sol art contributor Emel Akiah. Take a look at our last update for a concept sketch Emel has done for the cover. For additional stretch goals though I want to get you backers involved to help us choose what goals to shoot for. Here are a few ideas but if you guys have some ideas of what you’d like to see I’d really like to hear them.

Interior Art – We have some illustrations of the laser weapons already and we have some art we’ve used before that I have slated for the interior but if you’d like to see some original interior art this would be a possible stretch goal.

An Adventure – I’ve had an idea rolling around in my head for an adventure that would fit in very well with the theme of this book. The title I’ve been thinking of for it is „Gun Runner“.

A Map Pack – We’re in the process of putting together an e-book that will be a Twilight Sector Atlas. We could offer copies of that as a stretch goal or actual printed copies of some of the maps as a stretch goal. You folks tell me which you’d like to see.

Six Guns Vacc Suits – I’m throwing this one out there, it’s kind of a pipe dream but hey it might inspire some people. I have a manuscript for the 4th installment of Six Guns which will cover Vacc Suits. Martin Dougherty has written this installment as well, but it’s not nearly as far along as Lasers is and so would entail more cost to get the book ready. It would take an additional stretch goal of $1,000 and I’d need two months (till November of 2013) to get it done. I want to assure you it wouldn’t affect the date for the Lasers book though. I’d just need a couple of months extra to get the additional book done as well. “
– Six Guns Lasers product description