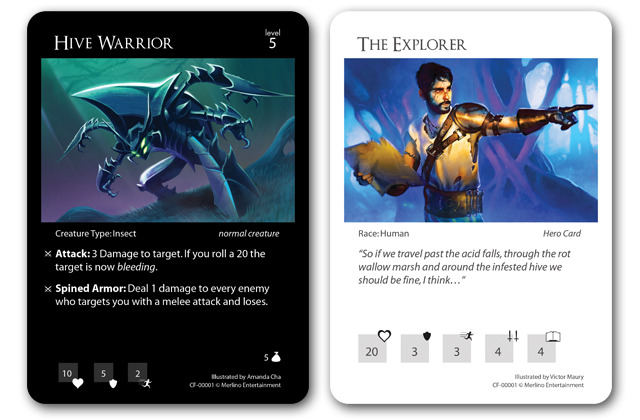 The Heroes can completely customize their own character through diverse vendor decks, which they use to purchase gear and abilities from. The Game Master may also place down a vendor deck for the Heroes to buy from.

The Game Master makes his own campaign deck filled with Environment Cards, Creature Cards, and Ally Cards. He uses this deck to create a world for the Heroes to live and fight in. The more cards you have as a game master the better off you are at making any kind of scenario and encounter you would like.“
– Heroes‘ Tale The Role Playing Card Game product description