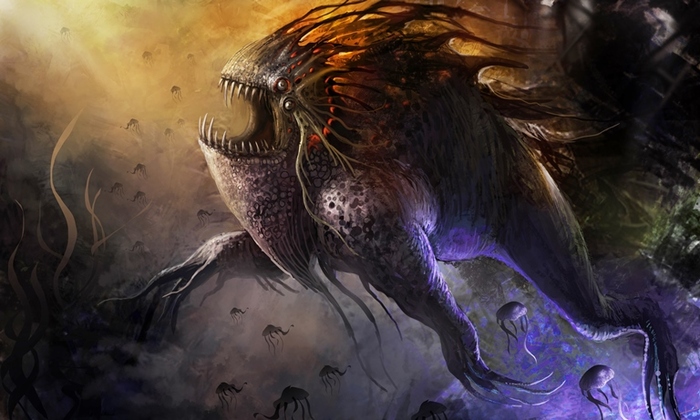 The Cards of Cthulhu: Deep Ones (Dan Verssen Games)

For all the people out there with a Kickstarter/Indiegogo Fatigue resistance.

The Cards of Cthulhu by Dan Verssen
„A card game for 1-4 players that pits you against the forces of The Great Cthulhu and other Elder Gods.“

Firefly: Out To The Black by Game Salute
„Cooperative card game that pits you and yours against the ‚Verse. Do the job, earn your credits, keep your honor, avoid the Alliance!“
Ships only in the US.

Preliminary Assessment: Not recommeded. Hey, Firefly is totally overrated. The Browncoats are boring.

Spheres of Power: A New Pathfinder Magic System by Adam Meyers
„Want a break from Vancian magic? Pure Magic gives you a whole new way to run magic in your games.“

Preliminary Assessment: Undecided. Pathfinder is in my opinion a broken epigone without any „magic“. Just an uninspired copy of Dungeons & Dragons 3.X. Does a new magic system help? I don’t think so.

RuneQuest 6 Special Edition Hardback by Lawrence Whitaker
„This project will help us produce a special, deluxe, hardback edition of the RuneQuest 6 rules.“

Preliminary Assessment: Highly recommended. The standard edition is already available and a fine game for dedicated roleplayers with an affinity for complex systems. Compared with the Pathfinder RPG this is a thoughtful rocket, while the D & D clone is an old shappy boat with some fancy colors.